It was the year 2012; with the growing interest in LED headlights, car manufacturers equipped all new models with increasingly modern and sophisticated headlights.
In the aftermarket field, technologies were still expensive and unreliable, but two American companies, TuckLite and JW Speaker, that at the time built light units for trucks, decided to invest in the design of LED headlights.
Thus the first 7-inch Full LED headlights were born, a standard widely used for over 70 years; some of the most iconic cars in history owed their "look" to round 7" headlights - among these: VW Beetle, Jeep Wrangler, Mercedes G-Class, Mazda MX-5 and Ford Mustang.

We at the RD Custom have never really appreciated this kind of headlights, of which today you can find replicas at a very low cost coming from the East.
The aesthetics is certainly interesting, there are models with integrated LED turn signal, with special designs and with daylight lights of any shape.
Unfortunately, the 7" headlights have always been very shallow and, in order to make them compatible with most cars, JW Speaker (but also TruckLite and others) have maintained the same depth as the headlights of 70 years before, installing headlamps close to LEDs, with the result of a not optimal focusing. 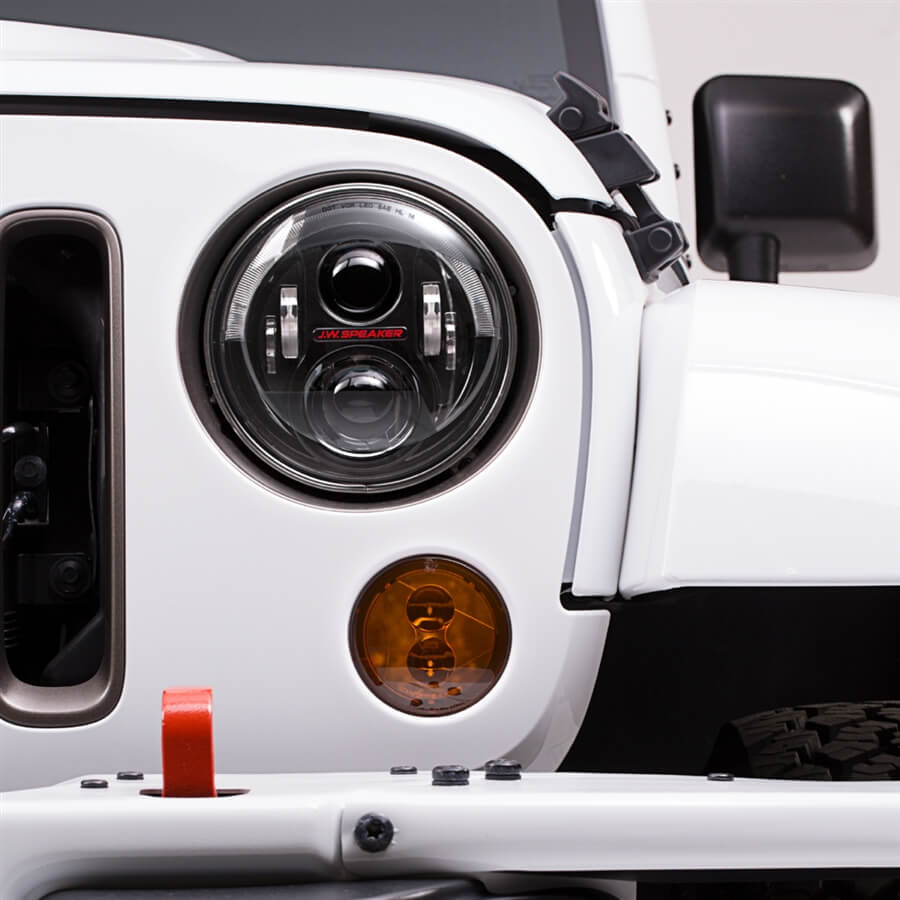 The customer, like many others before him, complained that the low beam was not working; After sending us his headlight, we made a diagnosis that made it clear that there was an interruption before the power cables reached the board.
We already made this repair in the past on headlights of this type and this case has confirmed what we already suspected: the fault is never the same
We therefore proceeded to gently open the optical group and completely disassemble it; its construction is very simple and everything is in the right place.
After removing the projectors before the LEDs, we struggled a little to remove the board from the body, since it was screwed and "glued" with a really strong thermal glue. 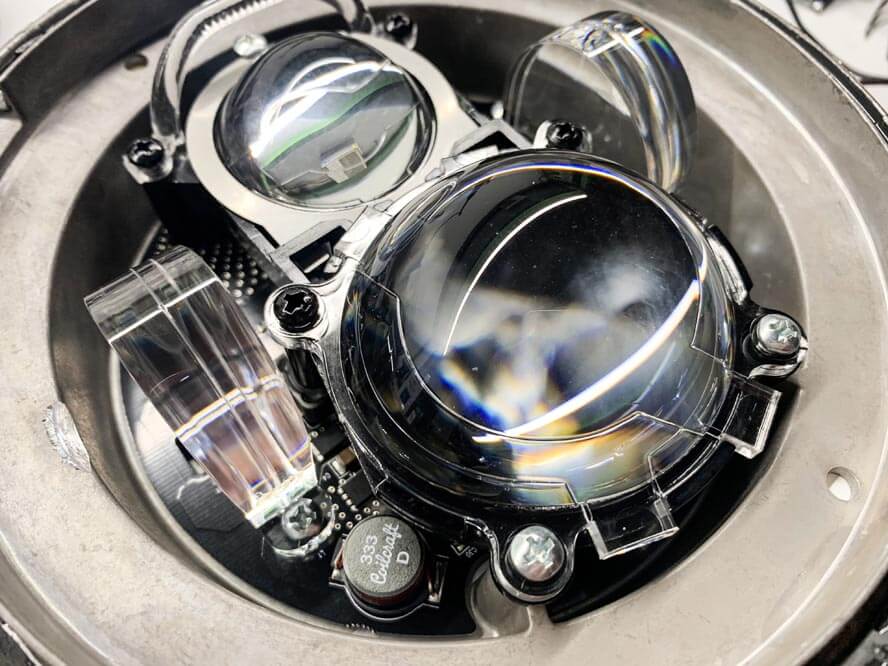 Since the headlight has been used for some time, it was very dirty. In order to work properly it was necessary to clean it in each of its parts, so that the laboratory won't be contaminated.
The rear body, after being cleaned from the glue, was cleaned with glass microspheres and a specific solvent to remove any impurities.
The headlight body also functions as a heat sink and it is really heavy and compact.
We also removed the ventilation stickers to replace them with ours made of real Gore-Tex.
The structure, so clean and renewed, was now ready to host the components again. 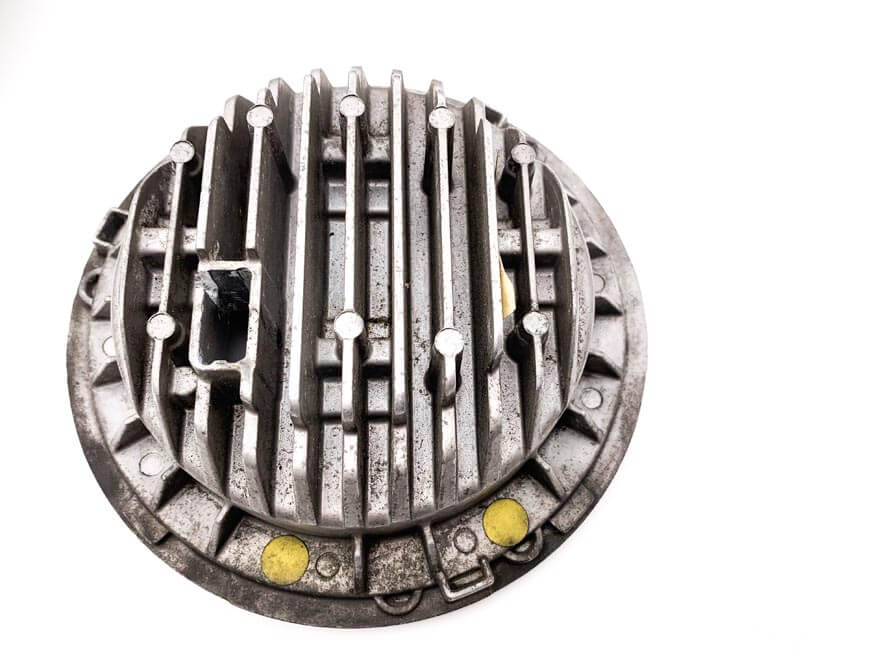 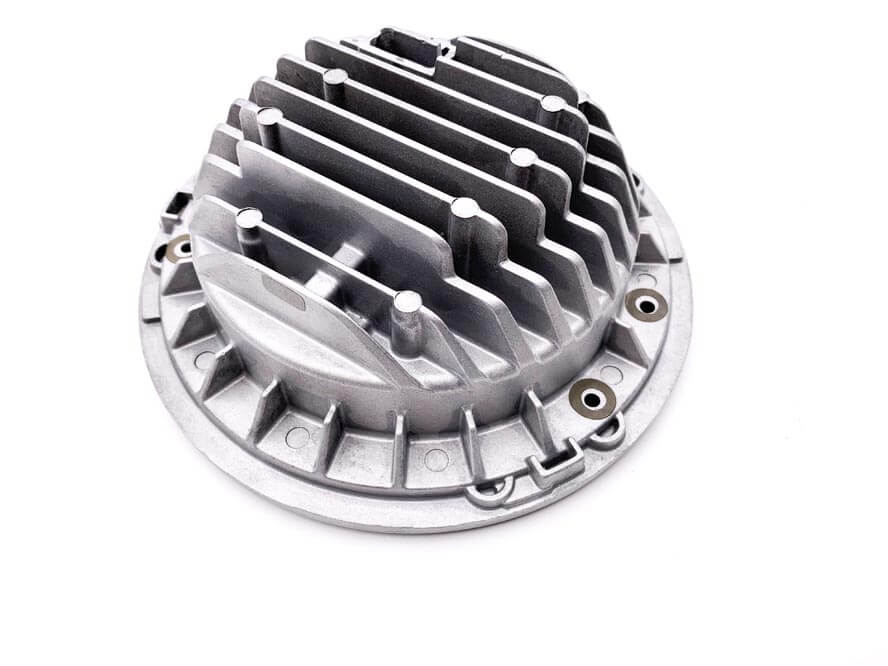 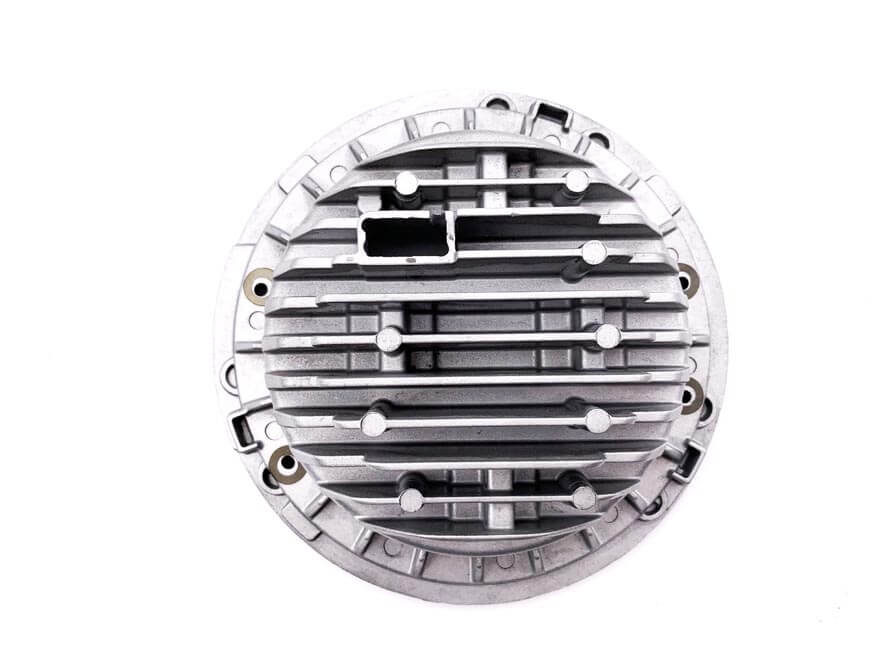 As a result of a more in-depth analyses, the electronics of the headlight was found to be fully functional.
The board, very well designed, includes all voltage and current regulators for high power LEDs, as well as a circuit to stabilize the input current.
The LEDs used are more powerful than one can see when looking at the beam produced by the headlight, a sign that the optics are really badly designed.
We found that the input of the power supplies on the back of the card was completely detached; the welding points of the cables were completely "torn" from the tracks, so a simple welding would not have been enough.
The tracks, completely destroyed, were then rebuilt and secured, in order to accommodate the welding again. 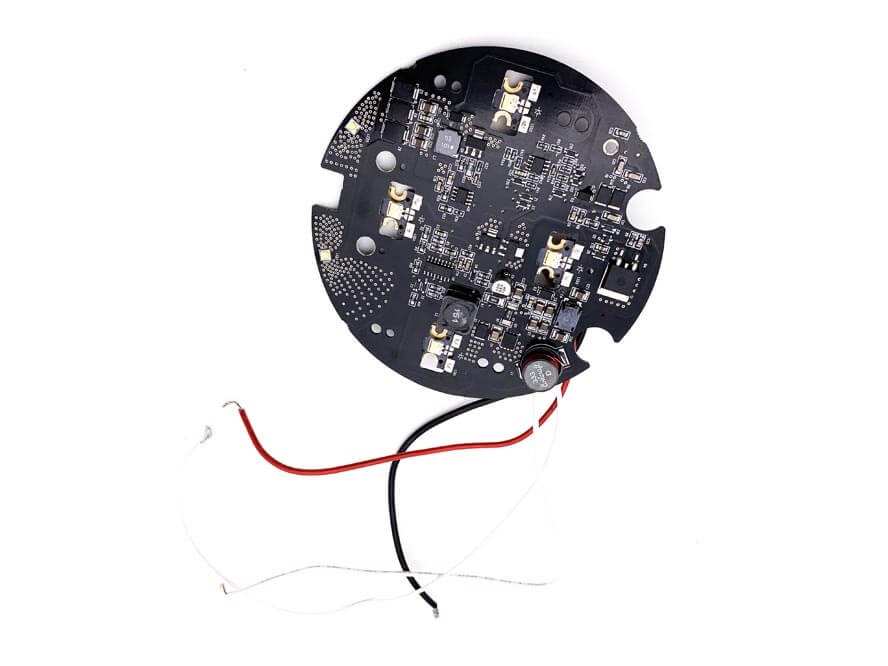 Once the electronics have been restored, all the components have been cleaned and prepared for final assembly.
We have placed a new thermal tape to allow heat exchange between the LEDs and the heat sink; we positioned and secured the card again and then we switched to the optics.
The projectors were positioned and adjusted to perfection, along with the black plastic cover and the front lens.
Once everything was glued, we left the headlight on for 48h in order to dry and for test.
After checking the operating temperatures, we sent back the headlight to its owner. 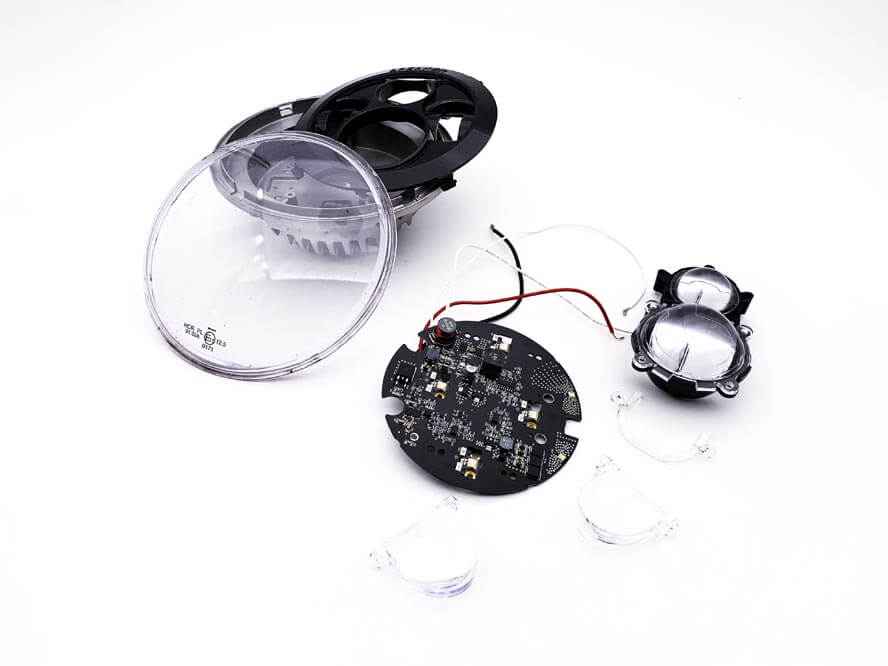 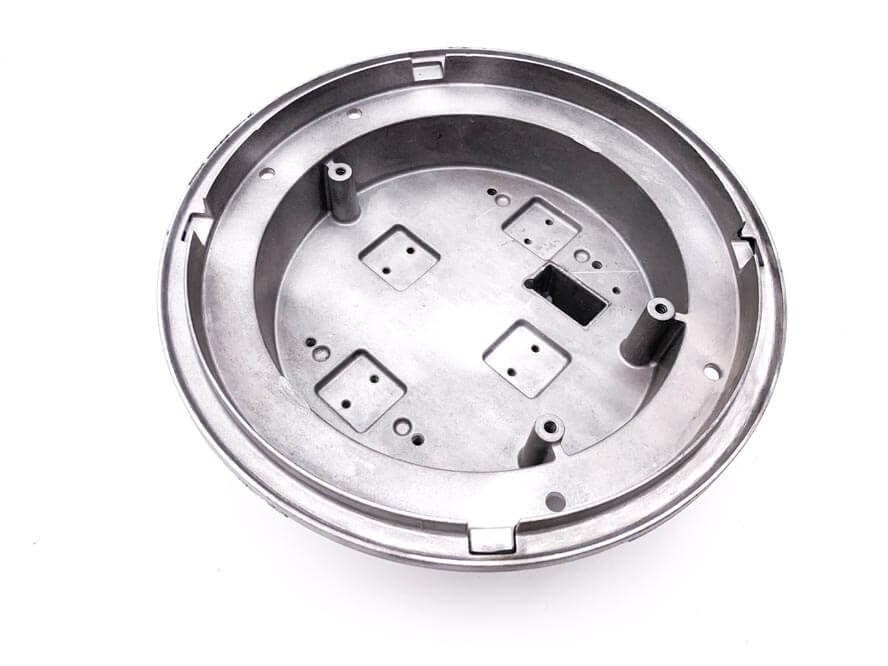 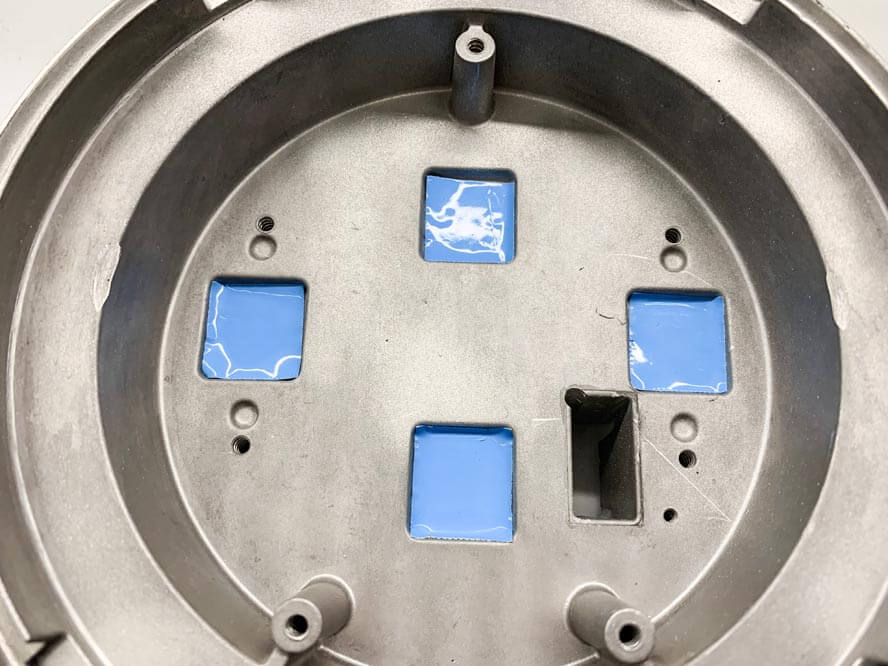 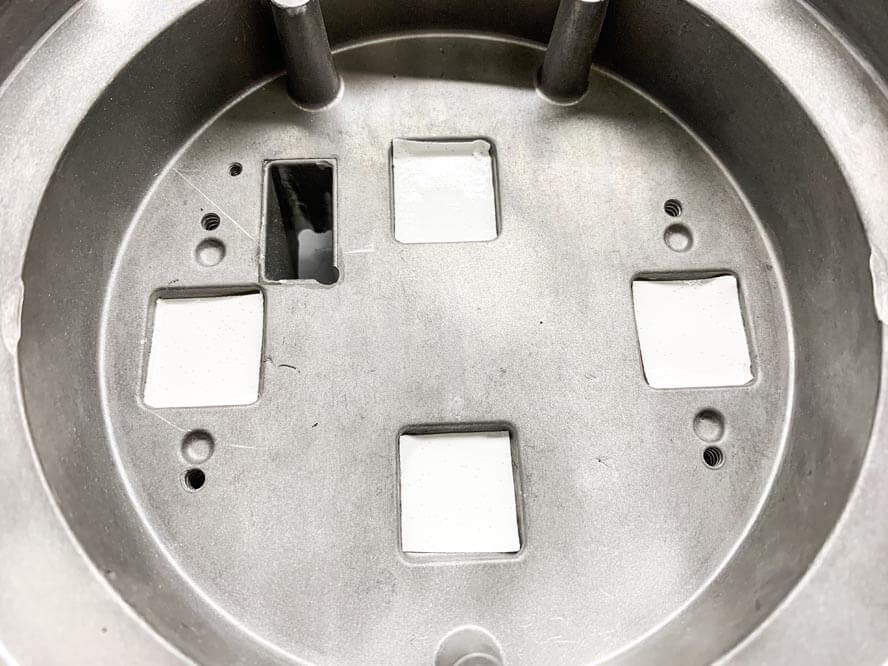 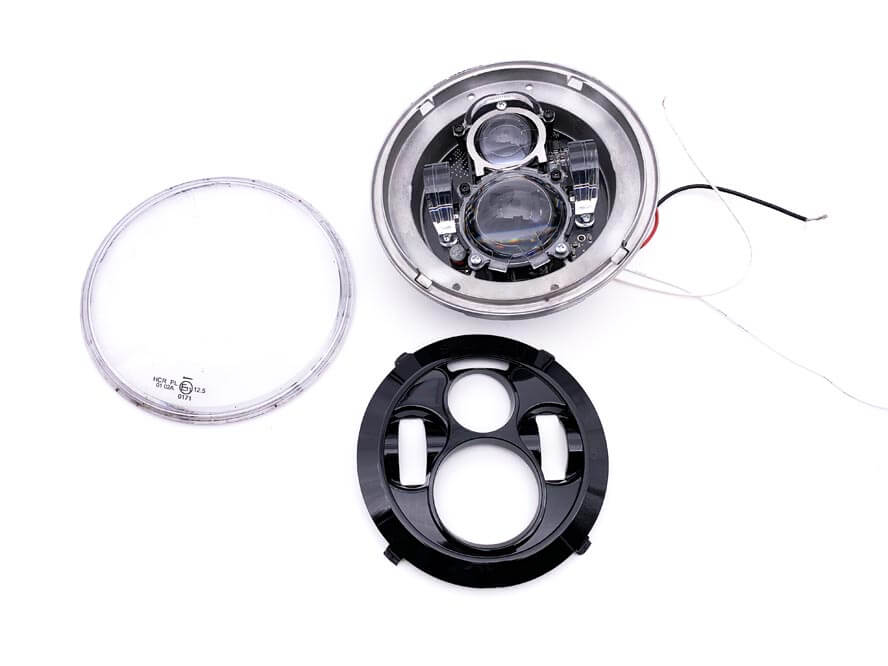 Do not hesitate making us any questions, technical or easy ones. We are here to help you!